With EPA’s own  assessment that the chemical is too toxic to children, it is time for Congress to intervene to get this highly toxic pesticide off the market.

In March 2017, Mr. Pruitt reversed a 2015 proposal to revoke food residue tolerances of chlorpyrifos. A revocation of chlorpyrifos tolerances would have effectively banned the chemical from use in agriculture. Instead, Administrator Pruitt’s decision indicated the agency will continue to study chlorpyrifos and would not take any action until 2022. 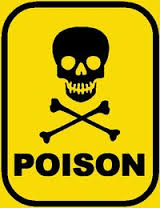 EPA’s assessment, which incorporates recommendations from a 2016 Scientific Advisory Panel (SAP), finds that children exposed to high levels of chlorpyrifos have developmental delays, attention problems, attention-deficit/hyperactivity disorder problems, and pervasive developmental disorders. The SAP agreed with EPA that there is an association between chlorpyrifos prenatal exposure and neurodevelopmental outcomes in children. In 2016, EPA concluded that there is “sufficient evidence” that there are neurodevelopmental effects at low levels, and that current approaches for evaluating chlorpyrifos’s neurological impact are “not sufficiently health protective.”

Epidemiological data also points to subpopulations that are disproportionately affected by chlorpyrifos exposures. Low-income African-American and Latino families, including farmworker families, continue to suffer the most, and this disproportionate impact creates an environmental justice problem that the agency cannot continue to ignore.

U.S. Senators Tom Udall (D-NM) and Richard Blumenthal (D-CT) introduced the bill to ban the use of chlorpyrifos. The bill, “Protect Children, Farmers and Farmworkers from Nerve Agent Pesticides Act,” S. 1624, amends the U.S. Federal Food, Drug, and Cosmetic Act (FFDCA) that oversees pesticide food exposures to prohibit all chlorpyrifos use. In addition, the bill directs EPA to partner with the National Research Council to assess the neurodevelopmental and other low-dose effects of exposure to organophosphate pesticides to agricultural workers and children.

"Congress must act because Administrator Pruitt has shown that he won’t. There is no question chlorpyrifos needs to come off the market. The science linking chlorpyrifos to brain damage and neurodevelopmental disorders in children is undeniable. The EPA's own scientists have established that chlorpyrifos on food and in groundwater is a threat to public health and should be banned," Senator Udall said.